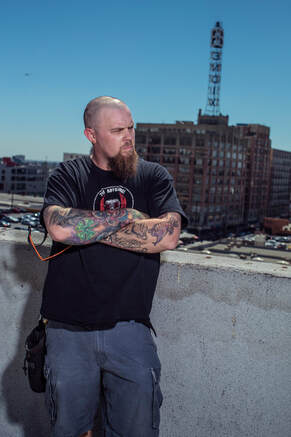 Carson Griffin Is An Award Winning Writer & Director Based Out Of Los Angeles Whose Films Have Played All Over The World. His Award Winning Shorts Such as Ventris, That's Life, & His Stop Motion Short “Leatherface’s Pool Party Have Been Published On Both Domestic And International Horror Websites.

In addition to his own films, he is also a member of IASTE Local 80 and has worked on  many television shows and movies, Including Rob Zombie’s “3 From Hell” and Nicole Kidman’s “Destroyer” He Has Also Key Gripped On Many Television Shows Such As Survivor, HBO’S Sharp Objects, Law & Order-The Menendez Brothers, Veep, Code Black, Netflix’s The Ranch, Lip Sync Battle, Battlebots, and MTV’s Ridiculousness. 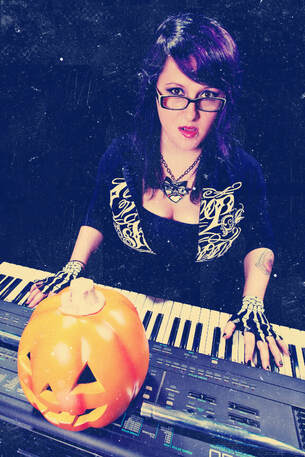 Teri Griffin Is An Award Winning Filmmaker and FX Artist With A Degree In Art & Design. She Has Worked On Full Length Features, Short Films, Commercials, Music Videos, Live Theater, And Special Events.

Since Moving To Los Angeles She Has Worked In The Art Department For Shows Such As Bravos  “Watch What Happens Live With Andy Cohen” Facebook Live’s Make Up or Break Up,  CRYPT TV’S Live Short “Stream”, And Done Makeup Fx For Music Videos & Films.

While working As A Freelance Artist She Worked For 10 Years As A Prosthetic Artist And Makeup Lead for Universal Studios Orlando On Events Such As Halloween Horror Nights, Grinchmas, Mardi Gras, The Tonight Show With Jimmy Fallon And More.
​
She Also Spent A Few Years With Ripley's Entertainment Punching, Ventilating Hair, And Preparing Wax Figures To Be Displayed In Ripleys Museums All Around The World.
Teri Also Provides Multiple Art and Design Services
-Please CONTACT for Inquiries.